Why Localization Is Crucial For Brands To Build A Global Advantage

Why Localization Is Crucial For Brands To Build A Global Advantage

Over fifty years ago, noted philosopher Marshall McLuhan said that the world had become a global village. Time had ceased and space had vanished, thanks to modern advances in communication. As a result, we now lived in a “simultaneous happening” with the world’s culture now instantaneously shared through technology.

Fast-forward to 2017 and it is tempting to think that McLuhan’s vision of the global village is modern reality. People are connected in ways that McLuhan could never imagined, with technology or software at the core of (almost) every human experience. And it is companies that are taking advantage of these connections.

This is both a blessing and a curse.

Constant generation of data by connected devices or the ubiquitous computer in the pocket gives companies (in theory) a unique insight into what makes their customers tick. At the same time, the so-called global village is more digital diaspora rather than shared values and goals.

As a result, the connected society has provided brands with a series of localized challenges. A global consumer base will inevitably require a variety of customer experiences, but companies that don’t factor in product localization run the risk of sending both the wrong message and alienating a potential revenue stream.

Localization Is A Key Element In The Digital Economy

The connected society has put brands under pressure to deliver a seamless experience across all platforms and devices, but this becomes even more important when taking into the account the various demands of a global consumer base.

The World Wide Web Consortium (W3C) defines localization as the “adaption of a product, application or document content to meet the language, cultural and other requirements of a specific target market or locale.” Although localization is often deemed to be just a translation of the original user interface or documentation, the W3C consider it to be a far more complex issue.

W3C cites the following customization options as bare minimums for any brand or company that wants to reach out to a global audience;

Localization may even “necessitate a comprehensive rethinking of logic, visual design, or presentation if the way of doing business (e.g., accounting) or the accepted paradigm for learning (e.g., focus on individual vs. group) in a given locale differs substantially from the originating culture,” W3C said, according to its website.

When you think of some of the very high-profile localization blunders that companies have committed over the years, you realize that the guidelines set out by the international standards organization are a good place to start. The key words are naturally “language” and “cultural,” two elements that should be at the top of the list for any company with global aspirations.

Localization Is Key To A Global Customer Experience

According to New Zealand-based software provider Experieco’s CEO Andrew McPherson, localization should be a priority for any company.

As software continues to eat the world, companies need to take a global perspective to remain competitive. In other words, it is no longer enough to just launch a product with an eye on a limited target market.

“You need a localized experience,” said McPherson, in a recent interview with ARC in San Francisco. “Certain words and phrases that people use and certain ways that people speak would only work in New Zealand. The way that words and language are used, if you don’t have that right then it is a barrier to adoption.”

The list of epic fails is filled with companies who failed to take the basic concept of localization into account. 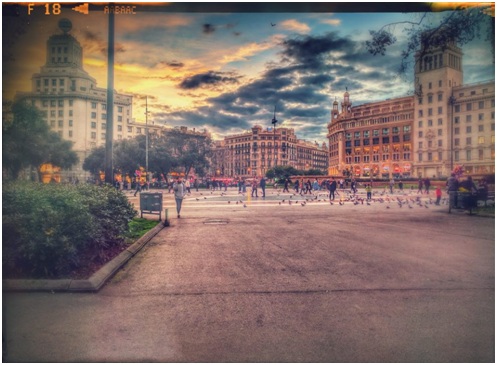 Translations aside, localization can be a tricky path to navigate. On a very basic level, the digital economy has pushed software to the forefront of almost every customer experience, irrespective of whether or not that transaction takes place in a physical or virtual setting.

Global companies have to understand the different markets from day one. More often than not an executive team will think about overseas customers in regional terms—“let’s focus on Asia,” “Europe is a prime area for growth,” “how do we break into China,”—without breaking up these markets into individual countries.

Europe is not just “Europe.” It is a continent with a variety of languages, cultures, currencies and business practices. What works in the United Kingdom might not fit into a French or Spanish campaign. By the same chalk, Asia is a vast market that has a population of over four billion people spread over 54 countries. Focusing on Asia sounds great on paper, but any company that does not take the diversity and cultural differences of the continent into account may struggle to make an impact.

“The goal is to deliver software internationally,” McPherson said. “By having international people here, they understand the international context in which the software is being developed. This helps with the languages in foreign markets.”

One aspect that companies must prioritize is the impact of country-centric data.

The digital economy generates vast swathes of localized data, all of which can be used to develop a global strategy. Data is what guides decision-making and determines the best markets to target. A global outlook hinges on understanding what the customer in every market might want, rather than just focusing on what has worked for one particular market in the past.

“Understanding what that data means to those different areas means that we can model the business and model the technology around that,” said McPherson. “This means we need to hire internationally to get that diversity of thought and experience.”

Another recurring roadblock is that companies adopt a one-product-fits-all approach. Brands will launch identical products or customer experiences that have worked in one market without taking into consideration that a new market may not have the same level of familiarity or access. 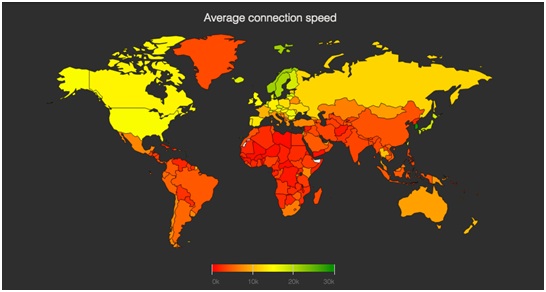 In the digital economy, for example, companies need to appreciate that global Internet connection rates vary dramatically from region to region. The fact that around 60% of the world’s population doesn’t have an Internet connection at all can also limit how effective a global launch can be. Companies that rely on software to provide a uniform customer experience can be stymied by the very simple fact that the global village is a concept rather than a logistical reality.

“Technology is core to competitive advantage,” McPherson said. “Every industry is becoming a technology business and software is a key part of technology. What we are seeing [in New Zealand] is that it is not just software companies that employ developers but that a lot of traditional industries are bringing in people or data scientists to analyze information that they can use to perform better.”

Local Knowledge Is Always An Advantage

In so many ways, the need for localization is crucial. Understanding customer-generated data or requests in real time requires local knowledge and pricing. And this is only likely to become more relevant as the next generation of technology such as voice-activated devices or machine-learning tools roll out on a global level.

The disparity in price is not the interesting aspect here.

Rather it is the fact that the device is available in two different countries and in two different languages. The global rollout of Amazon’s voice-activated personal assistant has—to date—been limited to the U.S., the United Kingdom and Germany. The Echo’s main competitor—Google Home—is only available in the U.S. and the U.K.

Both of these devices have already undergone some levels of localization but the acid test will be when they are available in every part of the global village. And if either the Amazon Echo or the Google Home doesn’t dovetail with the local culture, then it could seriously limit their potential.

Let’s use New Zealand (again) as the cultural testing ground.

Irrespective of the fact that New Zealanders have a distinctive accent, the land of the long white cloud has a relatively small population—around 4.5 million—that benefits from being a tech-savvy community that is used to being guinea pigs for larger projects. Facebook has long tested new versions of its News Feed in New Zealand before rolling out to the rest of the world.

The New Zealand—or “Kiwi”—culture is very different to other parts of the English-speaking world, McPherson said. Kiwis prefer to assimilate a variety of influences while adopting their own unique take on global norms—the McDonalds Kiwiburger comes with a fried egg and beetroot as standard, for example. New Zealand is at least three hours away from its nearest international market (Australia), which makes it a good place for localization testing.

“It’s an easy testing ground for a country like New Zealand because we are ethnically diverse and in such a small area,” McPherson said. “Everything can be about the user and companies like [New Zealand-based accounting software provider] Xero are engaging with them constantly. It is probably more difficult to do that in the U.S. That is what makes it easier for us to say that this culture or style will work in other markets.”

The challenge for companies is to make sure that they approach localization with an open mind.

If we think about how the smartphone has taken over the world, then it becomes clear that language is not a barrier when rolling out a product on a global basis. The difference is that the average smartphone works where it is sold. Not every culture is the same but they should not be restricted by a user interface that has been designed for another culture.

Localization requires companies to take a proactive attitude to not only what they want to achieve but also whom they want to connect to. As most companies are well are of, that is not an easy task to achieve. International growth is a marathon rather than a sprint and the successful companies in the digital economy—Netflix, Amazon, Apple, to name just three—know that localization is the key to a global brand.

“Our electronically-configured world has forced us to move from the habit of data classification to the mode of pattern recognition,” wrote McLuhan in 1967’s The Medium is the Massage. “We can no longer build serially, block-by-block, step-by-step, because instant communication insures that all factors of the environment and of experience co-exist in a state of active interplay.”

Fifty years later, that statement is more relevant than ever before. And companies that get the cultural needs of a digital population right will see a return on investment that translates into any language.